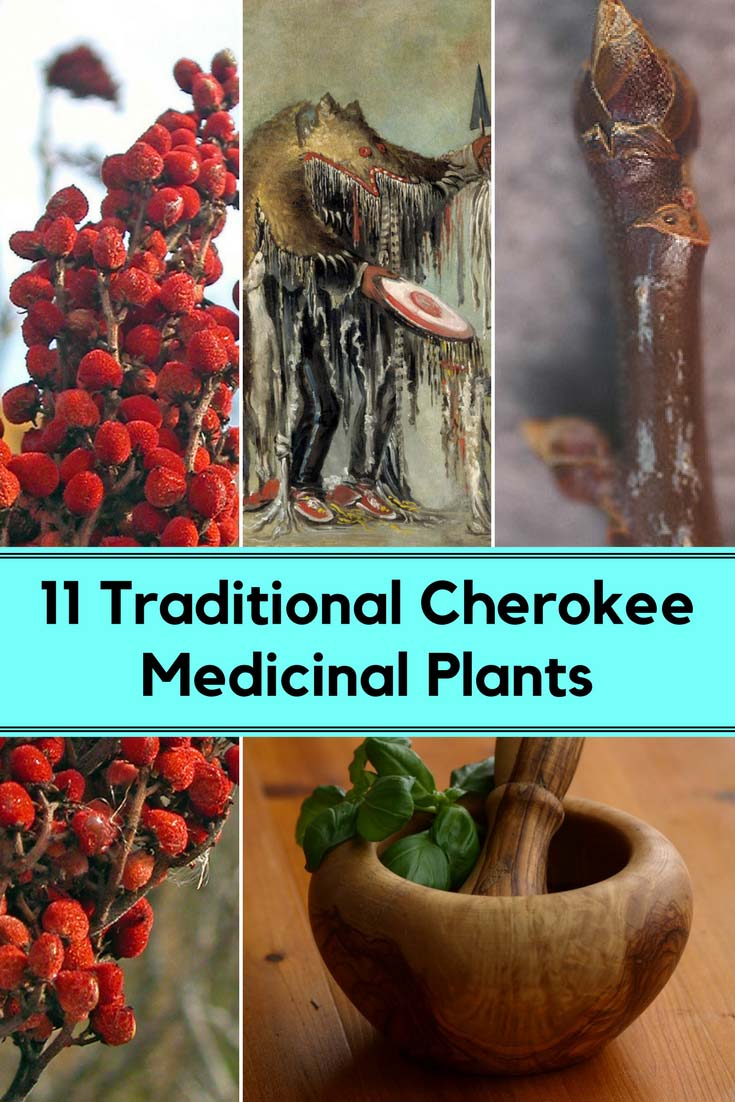 The Cherokee, a Native American Tribe located in the Southeastern United States, have a strong history of understanding, gathering, and preserving medicinal herbs. Part of their understanding of these plants includes the plants’ inherent power to offer both preventative and healing properties.

One of the tenets of traditional Cherokee medicine gathering is to harvest responsibly. Over the years, many native medicinal plants have become scarce. Some have even disappeared completely. When harvesting herbs or other plants, it is important to tread lightly and only take what you need. The Cherokee teach that one should only pick or dig up every third plant to ensure enough specimens remain to propagate effectively. 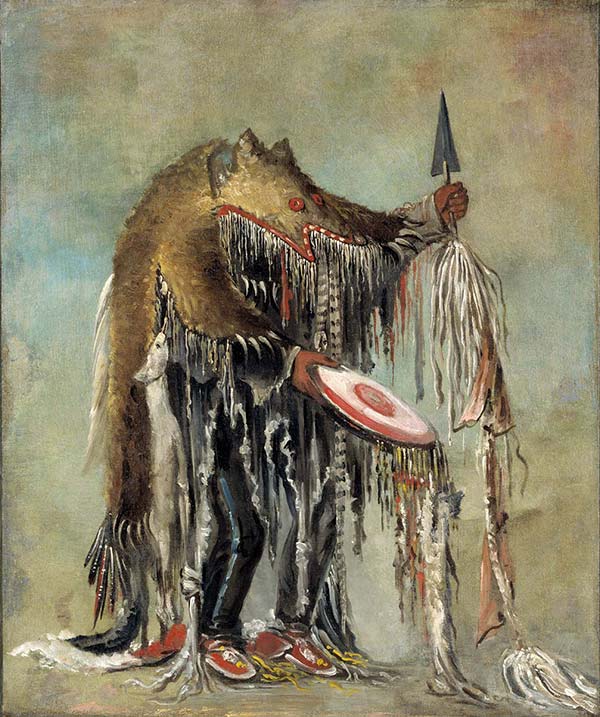 Other ways in which traditionalists harvest respectfully is by asking the plant’s permission before picking or digging. Many leave a small gift in gratitude for the plant’s offering. Another way to protect the natural medicinal abundance is by keeping the location of wild crops a secret. Tell only those who you know well and can trust to harvest carefully. This ensures that a crowd of people do not wipe out an entire wild crop before it has time to recover and propagate.

If you seek additional information on traditional gathering and use of medicinal plants, you should look to Cherokee elders. Much of the knowledge and tradition has been passed down and many Cherokee elders will still remember family remedies and how to identify and use certain herbs.

Below is a list of some of the most powerful healing plants traditionally used by the Cherokee. 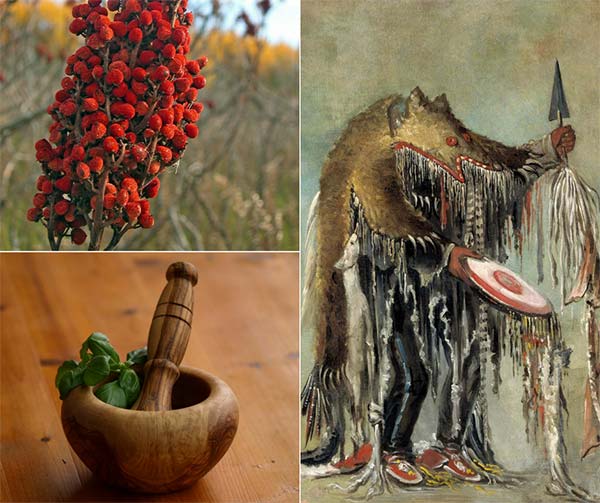 Cattails (Cat Tails) are used more for prevention than cure. Almost every part of the plant, except for seed heads and mature leaves, are highly palatable, bland and easily digested, making cattails a good source of food for those recovering from illness.

Best of all, cattails are abundant, making them a reliable food source throughout North America. Cattail roots can be harvested at any time. They are starchy and can be boiled or mashed, much like a potato. The pollen is another source of nutrients. Pollen from male plants is high in protein and can be used to supplement flour for baking.

Blackberry roots and leaves are both used in traditional healing remedies, often as a tea. Blackberry is a longstanding remedy for stomach upset. A strong tea made from the roots can reduce swelling in tissues and joints and ease the pain. The leaves can be used to create an infusion that stimulates nearly every system in the body. Blackberry roots are also helpful for treating sore gums and throats. Alternatively, sore gums can be treated by chewing fresh leaves. When made into a decoction and sweetened, the roots make a syrupy expectorant. The Cherokee commonly used the tea to ease symptoms of diarrhea.

The roots of Hummingbird Blossom, also called Buck Brush, are used to make a decoction to stimulate the kidneys. It functions as a diuretic.

Black gum twigs and bark are used to make a mild tea to ease chest pains.

Greenbriar, commonly called Pull Out a Sticker, is used as a blood purifier and diuretic. The Cherokee traditionally make a decoction using the small roots. Alternatively, healers grind the leaves and bark and mix them with animal grease to make a salve which they apply topically to open wounds such as burns and sores. It is also possible to use the roots to make a tea to ease the pain of arthritis.

Mullein is an ancient, multi-purpose herbal remedy. Burning or smoldering the roots and leaves creates a smoke that helps with chest congestion and asthma. The flowers can be used to brew a mildly sedative tea. A warm decoction can be made using the roots. This decoction is helpful for reducing joint pain, swelling and inflammation. It can soothe irritated tissues. Inhaling it is particularly healing for the delicate membranes in your sinuses. It can also be used as a footbath or compress.

Mint is a traditional soothing herb. It eases stomach pain and helps with digestion. Its crushed leaves can be brewed as a tea to relieve headaches and lower blood pressure. Mint leaves can be used to make a salve or cold compress. Bruised leaves can be added to a hot bath. Mint is also a natural stimulant and mood promoter.

The rootstock of wild ginger, also called Nuyigala dinadanesgi utana or, colloquially, Big Stretch, is traditionally brewed as a tea. It stimulates the digestive system, helps with colic, and eases an upset stomach. A stronger tea functions as an expectorant. It clears mucus from the lungs. Wild ginger can also be eaten and used as a spice the same as store-bought ginger root.

Common Sumac, called Qua lo ga, has several medicinal applications. The leaves and berries can be brewed as a tea to reduce fever or bruised and used in a poultice to ease the symptoms of poison ivy. The ripe berries can also be used to make a tasty beverage that is high in vitamin C. The bark, when used in a mild decoction, makes an excellent gargle that sooths sore throats. This same decoction, when ingested, cures diarrhea.

Yarrow, also called Squirrel Tail, or Saloli gatoga, is an abundant plant with many medicinal uses. Its leaves can be crushed and applied to wounds to staunch the bleeding. The herb has natural blood-clotting properties. Another way in which yarrow can be used to help stop bleeding is as a juice, diluted with water. When ingested, yarrow can heal internal bleeding in the stomach and intestines. Yarrow can also help stimulate internal organs. When prepared as a tea, it aids digestion and promotes intestinal, gallbladder, and kidney function. An astringent can be made with the stems and leaves and yarrow is a useful ingredient in any kind of topical wash.

These herbs are medicines and must be used with care. If misapplied, they can harm, rather than treat, the patient. If you are new to herbal medicine, seek the council of Cherokee herbalist elders to instruct you on the proper harvesting and use of medicinal herbs and plants. 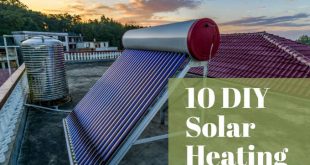 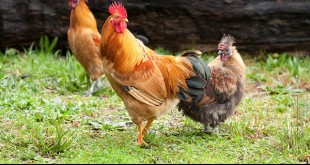 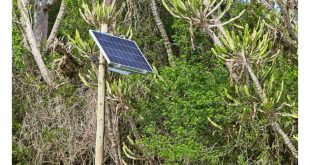