Tomato plants and potato plants are both members of the Solanaceae, or nightshade, family and can be grafted together to form what is cleverly referred to as a “pomato” plant or “ketchup and fries.” The effect is cherry tomatoes growing on the vine above ground and white potatoes forming the base of the same plant below ground.

The first attempt to graft a tomato to a potato occurred at the Max Planck Institute for Developmental Biology in Germany in 1977. The institution was able to graft a healthy, viable plant but it produced neither potatoes nor tomatoes. In 1994, the Max Planck Institute for Plant Breeding Research in Cologne grafted a plant that produced potatoes and tomatoes.
A graft is different from a hybrid; grafts cannot be grown from seed and do not occur in nature. The two plants remain genetically separate. Their inter-reliance is a mutualistic adaptation that is only a result of the two plants being forced together in such a way that the two plants come to rely on each other for growth and nutrients.

The way that plant grafting works is that an incision in each plant’s stem. The plants are then strapped together. As the incisions heal, the plants become fused together so that the leaves of the potato can be removed and the tomato’s roots can be cut off. This leaves the leafy top of the tomato plant to sustain the potato roots. Grafting is most effective with two healthy plants with stems of similar diameters.

Scion – The tomato part of the plant is the scion. The scion provides leaves, flowers, and fruit.
Rootstock – The rootstock is made up of the roots of the potato which offer a healthy and stable root system to the tomato’s upper story.

The tomatoes typically take approximately 12 weeks to grow and ripen for harvest. The potatoes will not be ready for harvest until after the tomato leaves have died back. Potatoes are generally dug up in early autumn.

Grafting works for most vegetable and fruit plants and trees that are part of the same family. This is why tomato and potato plants, regardless of variety, can be grafted together to create a single plant. Grafting is a good solution for gardeners who are short on space to plant. It is also a way to deal with poor soil conditions. If your soil is not good enough to grow tomatoes, you can probably still grow potatoes which are hardier. This way, you save space in the garden and use the potato to provide a healthy root system for your tomatoes while also producing potatoes. Another benefit to grafting tomato and potato plants together is that you can get a head start on the growing season by planting the potatoes early. This will allow the potato plants more time to mature and while giving your tomato plants a head start.

There are a couple of detractors for you to consider. It should be noted that the taste of fruit might be affected by the grafting. Also, two separate plants yield more fruits and vegetables than a single grafted plant.

Note: Grafting only works with plants of the same family. Because both tomato plants and potato plants belong to the nightshade family, they can be grafted together. This is how grafting can be used to create a variety of different crops from the same plant. A good example of this phenomenon is what is known as the “fruit salad tree,” which is one tree that produces multiple fruit species. This is often accomplished with either citrus or stone fruits. One of the most popular iterations is a peach-plum graft.

Materials You Will Need:

1 – Hold the potato plant and cut the stem one inch above the ground so that it is split into a V shape. Again, only about an inch of stem should be exposed above the ground.

2 – Cut the scion, in this case the tomato plant, straight across the stem, leaving 6-8 inches on the plant. This will effectively remove the roots from the tomato plant. Try to find a tomato plant with a stem that is about the same diameter as the potato plant you are using as the rootstock.

3 – Now it’s time to shape the stem of the tomato plant. At the bottom of the stem, cut it down on both sides until it looks like a V shaped wedge. This wedge should fit snuggle into the split at the top of the potato plant’s stem.

4 – Delicately insert the bottom of the tomato plant stem into the top of the potato rootstock.

5 – After fitting the V’s of each plant together, wrap grafting tape around the link to secure them together. The tape should completely cover the place where the plants are joined together.
Leave the grafting tape secured around the stems until you see the tomato plant put out new growth.

6 – Once the two plants are strongly fused together, if you have not already done so, cut off the top of the bottom of the tomato plant and the top of the potato plant using a sharp knife or pruning shears. The best way to do this is to slice the potato stem about an inch above the grafting place at a 45-degree angle. Similarly, cut the tomato stem about an inch below the graft at a 45-degree angle. You can leave the tomato plant’s roots in the soil to add nutrients as they decompose.

7 – Be sure to water frequently, just as you would with any new planting, until the grafted plant is well established.

8 – You will be able to tell if the graft was successful because, if it was, the tomato plant will be visibly growing and producing new leaves. If you have been watering diligently and the leaves of the tomato plant are wilting or yellowing, that is an indication that the graft did not work. 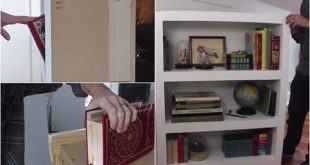 How To Make A Secret Door Bookcase 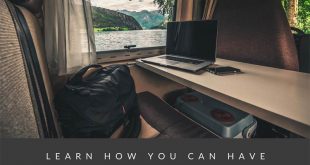 Learn How You Can Have FREE Wi-Fi In Your RV 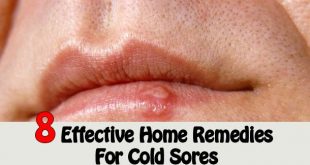 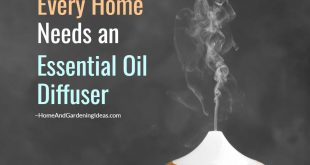 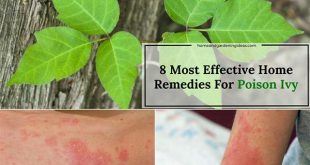 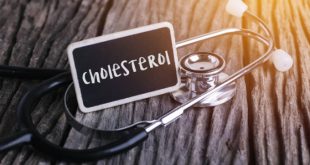 10 Ways to Naturally Lower Your Cholesterol

Livinggreenfrugally Limited is a participant in the Amazon Services LLC Associates Program, an affiliate advertising program designed to provide a means for sites to earn advertising fees by advertising and linking to Amazon properties including, but not limited to, amazon.com
© Copyright 2021, All Rights Reserved