The first choice is simple! You will need:

As you might imagine, this method works because of the plaster of Paris. The plaster contains gypsum, which will harden after it is in contact with the liquid. Once the rat eats the mixture, it will harden inside of their stomach, causing them to die.

Don’t have plaster of Paris around the house? Or, do you want to use ingredients already available in your pantry? If so, method number two could be the best choice!

Wow, talk about easy, but chances are you are wondering how these three ingredients could kill a rat. It is simple. The bicarbonate in the baking soda reacts with all of the stomach acids of the rat. This reaction creates a deadly carbon dioxide gas in their stomach. Rats cannot pass gas, so the carbon dioxide will build up, causing internal blockage and rupture.

Here is another method that you might want to try!

This method works very similar to method one! The plaster of Paris will eventually harden inside of their stomach. While it doesn’t work as fast as a commercial method, you can guarantee the rats will die when they consume some plaster of Paris.

Believe it or not, rats are also attracted to the instant potatoes. The instant potatoes contain nutrients that the rats want to have in their system. It acts as an attractive bait. Plus, cinnamon adds a natural touch of sweetness that is desirable..

Rats love cheese, but they also love peanut butter. For this method, you only need two ingredients, and chances are both are in your pantry right now!

Rats struggle to avoid the delicious scent of peanut butter. You could use just baking soda or baking soda and plaster of Paris. Either way, the rats won’t be able to live after eating this delicious treat. 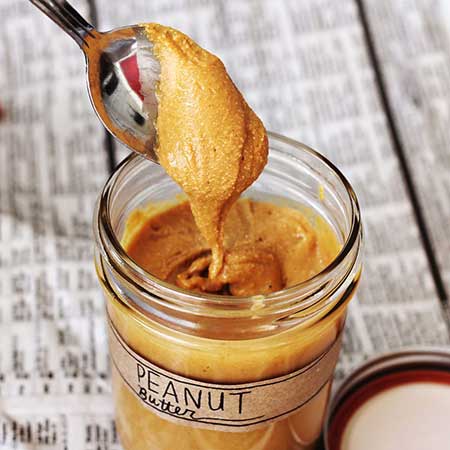 The next method involves a different ingredient – boric acid. Unlike commercial rat poison, boric acid is very slow acting. You can use boric acid to kill the rats over time. Some rats are smart enough to avoid baited traps. These choices are great for the smarter-than-average rat.

Rats are intelligent. Some homeowners make chicken broth balls out of equal parts chicken broth and boric acid. Add flour to the mixture to make it more manageable. The little balls will be scented like delicious chicken broth, making them almost unavoidable for rats.

Commercial rat poisons have their place and time to be used. However, turning to a homemade option is often cheaper and safer if you have children and pets running around. One of these five different homemade rat poisons will work for your situation!